Home » Blog » Dry-Treat: What it is and how it works
Get a quote
Download our product brochure

Dry-Treat: What it is and how it works 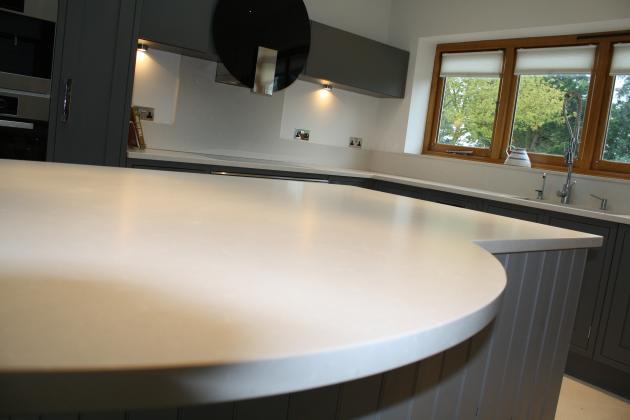 Ever since it was first created back in 1991, Dry-Treat has become a leader in the construction industry, often seen as the go-to when it comes to sealing porous material. Now, it has entered the lexicon as one of the precious few businesses that have seen their name become synonymous with the task they undertake – like Hoovers and Cat’s Eyes.

This has made Dry-Treat one of the world’s best-known products for sealing materials in the civil engineering industry and has even made inroads into becoming a household name outside of the factories and showrooms.

It was 1991 that Dry-Treat went to market, being billed as a premium concrete sealer that was aimed at large-scale projects, such as bridges, factory floors and high-rise buildings.

The developers spent a long time ensuring their product was of better quality than many other alternatives on the market so it could be billed as the premium option. For this, they ensured it not only offered long protection but also against a number of different conditions that could otherwise prove incredibly damaging – such as alkaline soils and seas.

This approach didn’t end once Dry-Treat hit the market, however. Instead, during the years that have elapsed, the developers have continued to develop new products and techniques that help with the world’s ever-changing building industry. This has not only seen myriad products hit the market but also opened Dry-Treat up to a much larger, domestic audience and broadened its appeal immensely.

Dry-Treat has been a resounding success because its developers sought to make it intrinsically different to any other sealants on the market – as opposed to aiming at doing the same job slightly better. As a result, the team developed a sealant that was different on a technological, molecular level to others available at the time.

The change saw Dry-Treat analysed on a deeper scale, with developers seeking to engineer molecules that penetrate deeply into porous materials. This was done to ensure Dry-Treat penetrated materials much further, so could offer a much better and longer-lasting approach compared to older techniques.

Once inside the material, Dry-Treat bonds permanently inside the pores, without blocking them. Simply speaking, this provides a uniquely deep level of cover, meaning it protects against a much larger array of problems. In doing so, products can then be better equipped to deal with heavy traffic, cleaning chemicals, direct sunlight, pressure-washing and a great many others.

Furthermore, so confident is the company in its offering that it provides a 15-year warranty for all Dry-Treated products.

Why do porous materials need sealing?

One of the main reasons Dry-Treat was such a success was because it is so widely used. Whilst being manufactured for the building and civil engineering industries, the need for sealing porous materials spreads much further than many initially realise.

In fact, such treatments are used for tiles, brickwork, paving, natural stone, concrete, pool surrounds, cladding, terracotta, cast stone, grout and a great many more. This alone illustrates the glut of surfaces which need treating, but doesn’t quite explain why.

Well, porous products – such as those listed above – are much more susceptible to damage, detriment and expiration than those which have been sealed. Even if they don’t look like a sponge, many of those objects are made up of tiny, almost microscopic holes that can take in water. This causes a number of problems and issues.

Firstly, water expands when it freezes into ice. So, porous materials take in water in liquid form, then keep it on board through freezing conditions (such as overnight). The expanding water then makes these tiny holes a little bigger. Then, these marginally larger holes take on more water still, which expands yet more. This process continues until the entire structure has been compromised.

Water is also the harbinger of life – be that good or bad. In this instance, water can bring with it tiny spores that grow into much larger problems, such as moss, mould, lichen or similar variants thereof. This, too, will undermine a material and leave it needing costly and intensive repairs, if not an entire replacement.

When treated, however, these products will not only be better protected against damage, but also reinforced so they can deal with impacts, chemicals or other potentially-damaging but routine stresses through which a product will ordinarily be put. Thus, they can be used day by day without fear of being damaged during regular usage. In the case of indoor materials such as kitchen tops, it also makes them much more hygienic, without impacting the overall aesthetic.

With all these considerations, it’s little wonder Dry-Treat became such a success. Sealing products for the civil engineering business may seem to be rather specialist, but the reality is that it affects nearly everyone and is utilised on products used every hour of every day – even in homes.

Given that it provides lasting protection on surfaces used every day, Dry-Treat’s popularity seemed a foregone conclusion and justified the molecular level its developers investigated when first making it a reality.